Disasters cause more than a mess in Bradenton 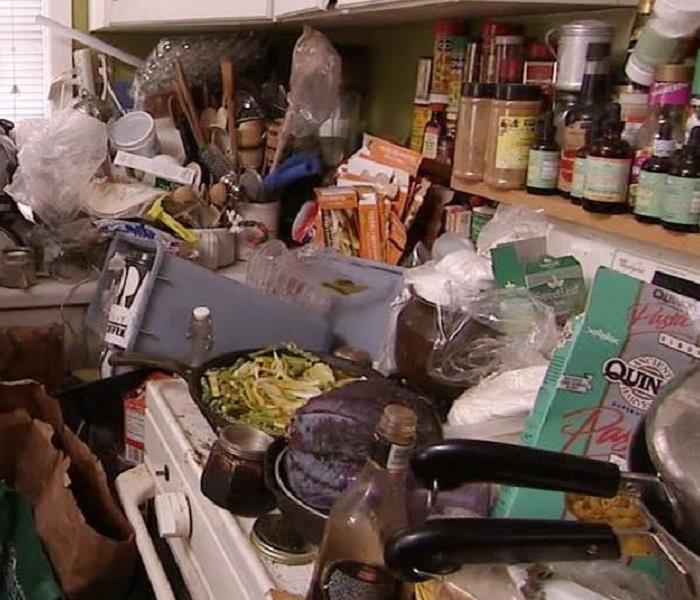 In Bradenton, SERVPRO is usually the first company on the scene for property damage. When someone experiences damage to their home, there is an emotional part that comes into play and I can’t help but to be affected and even become emotionally involved as well – we care for each and every one of our clients. As a result, there are some jobs that stay with me for a long time.  I remember the people I served and think about them from time to time, and hope that in whatever way I could, I made some kind of an impact on their lives.

The other day, I happened to think about a customer I met a few months ago. We received a call from the property manager of a 55 and older community. One of the residents living there had died and the manager wanted us to come in and clean up the unit. The deceased’s husband was living in a nursing home and their daughter was flying in from Ohio.

We immediately went to the job and began work. The home was a disaster not only were we dealing with a biohazard after a death, the woman in the home became “stuck” in the stress of life and stopped taking care of the house and herself – we were also dealing with a hoarding case.

When her daughter arrived, I could see the pain on her face and knew that she was completely overwhelmed by everything that she had to address. She had to tell her dad about her mother’s death, she had to make funeral arrangements, and she had to grieve. She assumed that she would have to pay for our services out of her mother’s estate. I explained to her that the job in part was most likely covered by her mother’s homeowner’s insurance but I could also see that calling the insurance agent was the last thing on her mind. I couldn’t minimize her emotional pain but I could step in and help a bit with handling the logistics of this clean up. And so I did. I told her to focus on taking care of her dad and making the arrangements for the funeral and I would handle everything concerning the clean up and insurance. I contacted the agent who filed the claim for damages and I went back to the unit later to meet with the adjuster.

Some would say I went the “extra mile” to help this customer, but I disagree. This woman had just suffered the worst loss imaginable. I consider what I did to be a part of the human condition—to reach out and help a person in a time of need. I often think of this customer and hope that she is doing well, that she passed the nursing exams she was studying for when her mother died. Most of all I hope that, in some small way, I helped to ease her burden during a very difficult time.